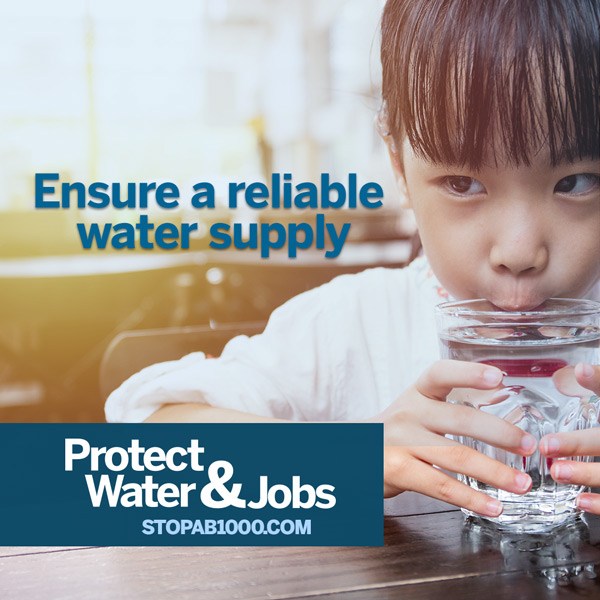 As you may know, during the current legislative session in Sacramento, the Cadiz Water Project has been the target of AB 1000, a “gut and amend” bill that establishes a new, unwarranted process for water conveyance proposals, creating a new level of review over and above the California Environmental Quality Act (CEQA).

To jump directly to new tools to help you oppose AB 1000,

Opposition to the bill has been widespread, primarily because of its potential consequences for California’s jobs, the reliability of its water supplies, and the stability of its world-renowned environmental review process. Earlier this month, the Senate Appropriations Committee stopped the bill from advancing to the floor for the vote. Here’s what the Committee’s chair said at the time:

California has the highest environmental review standards in the country and this particular project has gone through significant consideration and CEQA litigation. That process should be allowed to play out.  Making an exception for one particular case will create precedent for the Legislature to block other controversial projects such as locally approved housing developments.  As the Governor said in his 2011 veto message about similar legislation, “There is already in place a fully sufficient process to make a thoughtful and informed environmental decision about this project. … I don’t believe it’s appropriate for the legislature to now intervene and overturn this hard fought local land-use decision.”

That should have been the end of AB 1000 for this legislative session. But it wasn’t.

Undeterred, the bill’s proponents, led by the well-funded National Parks Conservation Association, have launched an aggressive smear campaign that totally misrepresents the Cadiz Project in an attempt to encourage legislators to resurrect the bill before the Legislative session ends this Friday.

Now it’s easier than ever to make your voice heard in opposition to AB 1000!  Just go the new website Protect Water and Jobs for an easy-to-use toolbox of letters, tweets and social media art that counter the campaign to deprive California of a sustainable new water source for 400,000 and thousands of good jobs for California families.

A big thank you to everyone who’s already joined the fight against AB 1000. If you already have, please keep it up. If you haven’t, there’s never been an easier way to get started.